Presenting the Löw-Beer & Schindler Foundation’s project for a memorial, with a screening of Rozvzpomínání documentary

A guided tour of the former factory, connected with the presentation by Daniel Low-Beer, the great-grandson of the pre-war owner of the factory, of the current plans for his Arks – Löw-Beer & Schindler Foundation. As part of the programme, a documentary film by Roman Zmrzlý, Rozvzpomínání (Remembering) will be screened, which depicts the meeting of the Löw-Beer, Tugendhat and Stiassni families at Meeting Brno 2017. The film will be shown at the premises of the former factory.

“I am hugely grateful that the Löw-Beer family and the local community around the factory in Brněnec, Czech Republic have come together to save Schindler’s Ark where the 1200 Jews on Schindler’s List were saved.”
Liam Neeson

The programme is free of charge but no transport is provided.
Limited capacity. 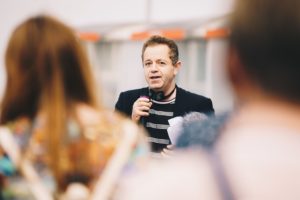