The installation of the Stolperstein for Hugo Iltis and his family

Hugo Iltis was a doctor of biology, a Mendel populariser and the main organiser of the celebrations of the centenary of Mendel’s birth. Iltis also fought racism, built bridges between Czechs and Germans, and was an eminent native of Brno. He wrote the first internationally recognised monograph about Mendel and created a valuable Mendelian collection in Brno, which continues to be largely preserved in the city’s museums. Iltis’s writings about the political dangers of racism, which he consistently highlighted from the mid-1920s, are remarkable. Together with his Jewish descent, Iltis’s anti-fascist engagement in the 1930s put his life in danger and compelled him to emigrate to the USA in 1938. Though little-known in Brno today, the contribution he made to the city is indisputable. 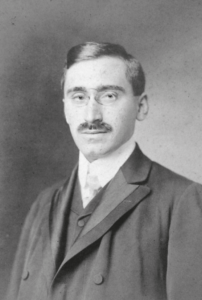 Programme will be held in czech and english.
Free entry. Limited capacity. We suggest booking your place below on this site.