On the trail of Moravian Manchester and its founders

Join us for a walk through history. Discover the places and people whose fates were entwined with Brno’s past, but who disappeared during the turbulent 20th century. Brno was a textile town made successful by German and Jewish entrepreneurs who flourished in the early part of the 20th century, but then slowly disappeared, first in the turmoil of World War II and then under a communist dictatorship. Their stories are not always happy but they certainly are illuminating.

In cooperation with TIC Brno.

The programme will be in Czech only.
Tickets available here. 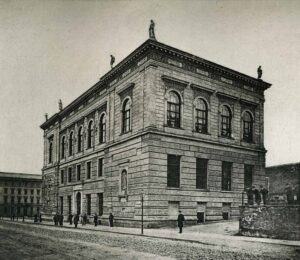