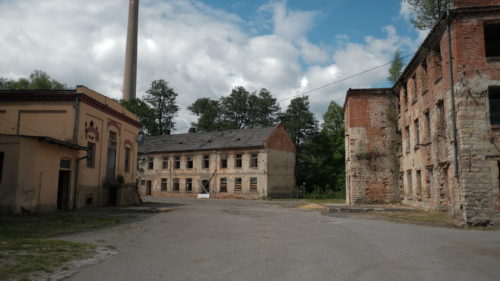 Presenting the project for memorial to Schindler’s Ark, Shoah and the Low-Beer factory, with a screening of Schindler’s List.

From Brno we will go by special train on a trip to the former factory in Brněnec, where during World War II the Svitavy-born Oskar Schindler saved 1,200 Jews from death in concentration camps. In addition to the turbulent past of this place, we will become acquainted with the idea of constructing a memorial, developed by the Löw-Beer & Schindler Foundation. Daniel Low-Beer, a descendant of the pre-war owners of the factory and the present owner of the premises, will give a guided tour to the visitors.
We will also offer a meeting with Thomas Keneally, the author of the novel Schindler’s Ark, after which Steven Spielberg’s Academy Award-winning movie was made.

The programme will climax in the screening of that film, Schindler’s List (USA, 1993, 195 min, in English with Czech subtitles). The success of the film and the substantial revenues it earned allowed the creation of the USC Shoah Foundation, which today contains 52,000 recorded testimonies of Holocaust survivors.

Programme will be held in Czech and English and will be interpreted.

Limited capacity. Please buy your tickets via GoOut here. The program is held in Czech and English.
Admission 450/300 CZK.