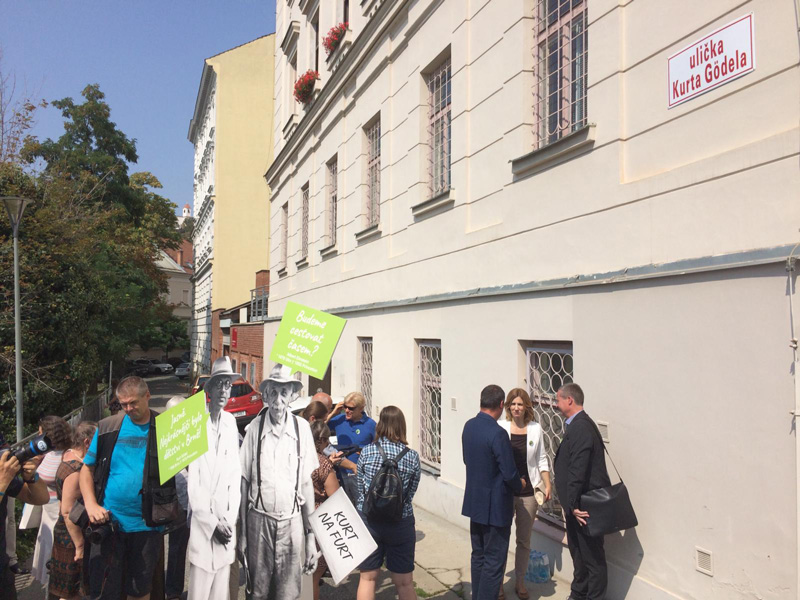 Walking in the footsteps of Kurt Gödel

One of the 20th century’s greatest thinkers and a friend of Albert Einstein, Kurt Gödel is perhaps one of Brno’s lesser-known natives. He was a versatile scientist whose discovery of the limits of mechanical processes had an essential influence over the computers that were emerging in the first half of the 20th century. He examined mathematical infinity and, while studying the nature of time and resolving Einstein’s equations, he uncovered a way of travelling back in time in his theoretical model.

For this walk, led by members of the Kurt Gödel Society, we will meet in front of the villa where the Gödel family lived from 1915. We will have a look at the plaque as well as the original gazebo that still stands in the villa’s garden. From there we’ll go to Gödel’s birthplace at Pekařská 5, walk the newly designated Kurt Gödel Lane and go down through the Studánka park, where he played as a kid, to the bathhouse in Kopečná, opposite the building that used to house a grammar school – the same path to school that Gödel would take for eight years.

The participants will receive a plan of Brno marked with places that are linked with Gödel’s life in the city.

In collaboration with the Kurt Gödel Society and the Brno Observatory and Planetarium.

Walking will be held in Czech and English.

Free entry. Limited capacity. Book your places through the button Book Event above.